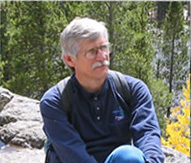 I wrote Jack’s Christmas back in 1977, on a December night at the University of Florida. In Florida, of course, you don’t face drifting snow or iced-up bridges getting home.

But I grew up on a mountain farm in southern West Virginia. I didn’t have to voyage back very far in my mind to see the picture of a rabbit darting down the rows of a December cornfield. Food was scarce and it was common to see them out on the cornfields; gleaning up the leavings, sometimes in groups – visiting and even playing.

Well, winter’s a hard time for all of us, and it’s a blessing that we break it up with Christmas. Maybe that’s the feeling that drove old Jack to be with the family in the middle of a rough season.

Back on that December night the Muse flew in the window and sat on my shoulder, and I wrote this poem down in thirty minutes. The next day I edited a little… and that was it.

I hope you’ll share Jack’s Christmas with others by reading aloud. It’s best to say it a few times to work it up, and don’t fail to put some energy into it!

Children instinctively respond to Jack’s Christmas, but the fact that children like it doesn’t mean it’s childish. It’s deeply satisfying for adults, too, reminding us of our own experience with the highest holiday of the year.

Like Jack the Bunny, most of have an important Christmas story. These are family legends, links that make a connection between grandfathers and fathers and sons. There’s a space in Jack’s Christmas for you to write your own Christmas Adventure, making it a personal gift that will pass down the years to new generations.

Merry Christmas, then, and God bless us every one!

About the Artist... Jason H. Whitley

Jason H. Whitley was born in Chapel Hill, NC and raised in Greenville, SC. He attended the University of Georgia and studied abroad in Cortana, Italy. Jason is a noted illustrator; his work having appeared in venues such as the “Charlotte Observer” and “Washington Post.” Mr. Whitley is employed at UNC-Chapel Hill as a professional illustrator. His work in portraiture has been exibited throughout the southeast. Examples of Mr. Whitley’s works in comic art, illustration, and classical painting may be seen at his website, “undercurrentart.com”.

John Hall
Read More
Jack's Christmas might be considered a children's book. It is beautifully illustrated and grabs the attention of youngsters, especially when read aloud. But don't limit this wonderful book to children. It has a touching message for all ages - the attraction...the comfort...the importance of "home." I enjoy the book, my grandchildren adore it, and I have used it as a gift to a number of adults. Treat yourself, your family, and your friends to a special message from J. Paige Straley.​
William
Read More
This book is a revelation. What a terrific children's book -- truly a great story for the holiday season. I speak from experience. I'm a father of seven and my littlest boys are discovering reading right now. Sometimes they needed help. "Jack's Christmas" is the sort of book that a young reader will enjoy on his own. It's also a book I enjoy reading with my children. These will be the memories you will treasure. It's unlikely you will ever look back as fondly on time spent with video games and television. Times spent reading together are the greatest memories a parent can have of such a children. "Jack's Christmas" is a book that can help such magic happen. It's perfect for both boys and girls. ​
Anne Coffey
Read More
My grandson Jack loves the book with his name, the wonderful pictures, and the lovely verse. I am sure it is something he will keep and treasure more when he’s older.​
Diane Creasman
Read More
I have used Jack’s Christmas with fourth and fifth grades. They have been very receptive. I used it as a motivation to trigger their own personal writings. I recommend this book to all!​
Elizabeth Schmitz
Read More
I enjoy this book because it is really exciting and you never know what is going to happen next. I like it where Jack wonders if he should tell himself “No” and when he has “just one mile more” to go. I like it when Jack’s family greets him when he gets to their house. I love the pictures in the book. This story reminds me of taking a family trip from North Carolina to Minnesota.​
Rev. Bob Thompson
Read More
Christmas transports us to so many places – joy, travel, family, love, beauty, light, and more. For me, Christmas is faith and hope through Jesus Christ. The brilliance of Jack’s Christmas is that a parent or relative or teacher or pastor can use Jack’s adventure to dive subtly and then deeply into any one or all of these places. “The door’s flung open,” Jack! You’re safe because your quest has brought you home where you belong.
Dr. Paula Love
Read More
An exhilarating adventure awaits children of all ages in Jack’s Christmas. After reading this winter tale, you are left with a warm, cozy feeling of belonging; something we all long for and need in our lives. For parents, caretakers, and teachers, Jack’s Christmas enables children to experience the often, neglected art of rhymed poetry in a delightful story. Teachable moments abound with themes such as safety and security, perseverance, science, and natural environments. Jack comes alive as he slips and slides his way home. And what a heart warming home coming it is!
Previous
Next